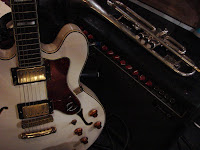 I’m back in Dundee these days, working at the Dundee Rep Theatre again. Everyone here is so professional and friendly, it’s always a pleasure to come back.

This time around I’m playing piano, trumpet, guitar, and some electronics for Mother Courage and Her Children by Bertolt Brecht, directed by Gerry Mulgrew and starring Ann Louise Ross. It’s a great production that will be running until September 27th, so do come on by if you’re in the area! 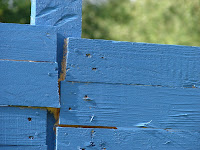 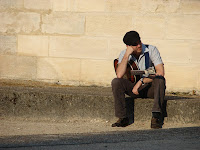 The walls have ears 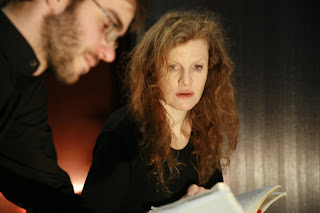 It’s been a long time since my last post, because I’ve been working on several projects at once. One of these has finished up, for the moment, and I’m now back in Edinburgh. I spent most of March in Paris working on a play called “Ces murs qui nous écoutent” (“The Walls Have Ears”), which was written and directed by Fabrice Macaux (loosely based on the novel by Spôjmaï Zariâb) and featured Delphine Zucker in the lead role.

I did a little bit of acting, wrote and recorded original music and performed the sound design live onstage. I also wrote some Wii software for some wireless motion-based sound control, which I will post soon on the Loop Machine site. We performed at the Lavoir Moderne Parisien and the Theatre Sylvie Monfort in Saint Brice.

The story revolves around a woman living and working in a totalitarian country, where books and culture are disallowed. I played the part of her colleague, who disappears after warning her to stop reading books. If you speak French you can read this rather positive review!

Here is one of the songs I wrote for the play…the set was a giant rotating steel cube with colored movable panels. At several key points I would turn the cube while this music played, symbolizing the passage of time. This song is built from many of the sound elements that were used in the rest of the play, such as flipping through pages in a book, the sound of the work bell, and her heartbeat.

We did a lot of filming, as well, so I hope to post some video here in the near future. 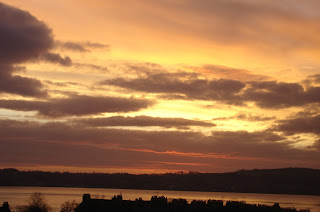 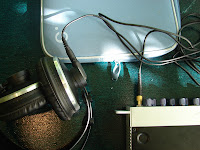 Cory and I recently finished the play we were working on in France. We wrote and performed original music at a 13th century abbey outside of Paris, and it all went quite well. We recorded most of the music, here is the main theme:
The Seznec Brothers – Mariage Blanc
For this song Cory would play guitar and sing, and I would sample and loop his playing and singing to build up all of the layers in real time. It was a bit nerve racking but it worked each time!

In other news, you will notice a new link in the upper left corner of this blog, replacing what was previously my “links” page. Instead I have an online resume (or CV, depending where you’re from) that lists many of the projects I have been involved in over the past few years. Please take a look at it and email me any thoughts (or job offers).

Finally, there is some interesting movement afoot on the Wii Loop Machine front, stayed tuned for further updates.