An audience that cares 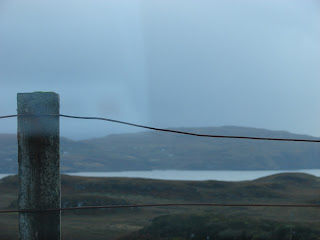 I’m in a funny situation these days, where I’m working really hard on a bunch of different projects, but have very little to show for it all! It’s been frustrating me a bit, so I made an extra effort to make a finished version of a song I’ve been working on for a while. I will probably continue working on it at some point soon (I would really like my brother to lay a banjo or guitar track down, for example), but I really like how it sounds now too. Give it a listen!

The Amazing Rolo – An audience that cares

I started writing this song while playing in “Jack and the Beanstalk”…the production began with myself and the other musician walking out onstage from the wings playing a (deliberately) cheesy melody, before getting kicked off the stage by the bad guy. It was really fascinating to wait backstage before every show and watch the crowd file in, waiting for the lights to dim and the stage manager to give me my cue.

I started wondering if nature worked the same way, each creature waiting for the right moment to perform. But surely not, I surmised, because they perform every day, despite a total lack of audience most of the time. I’m not sure if I ever came to a conclusion about it, but I did write the lyrics based on those ideas. In fact, this song is a rare instance of me putting a lot of emphasis on lyrics…usually I’m much more concerned with the musical structure.

This recording features the inimitable Pete Vilk on percussion. He and I go way back.