A new instrument developed with Martin Green for the Kronos Quartet.

Martin approached me to help him develop a custom instrument for new piece “Seiche”, commissioned by Kronos, which explored movement and waves. After a very fun and exciting design and experimentation process, we settled on using Slinkies mounted onto specially made frames with embedded balanced contact microphones. When stretched across the stage they were both visually striking and sounded pretty amazing.

Some reviews:
4 Stars in The Guardian
“…made memorable use of two of Green’s newly invented Kronoscillators – stretched out and amplified Slinkys whose sonic impact proved every bit as extraordinary as the sight of them being played by violinist David Harrington and cellist Sunny Yang.”

4 Stars from Music OMH
In Seiche, the new piece written by Lau member Martin Green, we also get to see a new instrument. The Kronoscillator is a contraption that sees amplified plastic coils stretched out between stands, with various members of the quartet ‘playing’ them alongside their regular instruments. It’s an impactful piece and is also a reminder of the quietly experimental qualities of Lau.”

Here’s an audio sample of the instrument in action: 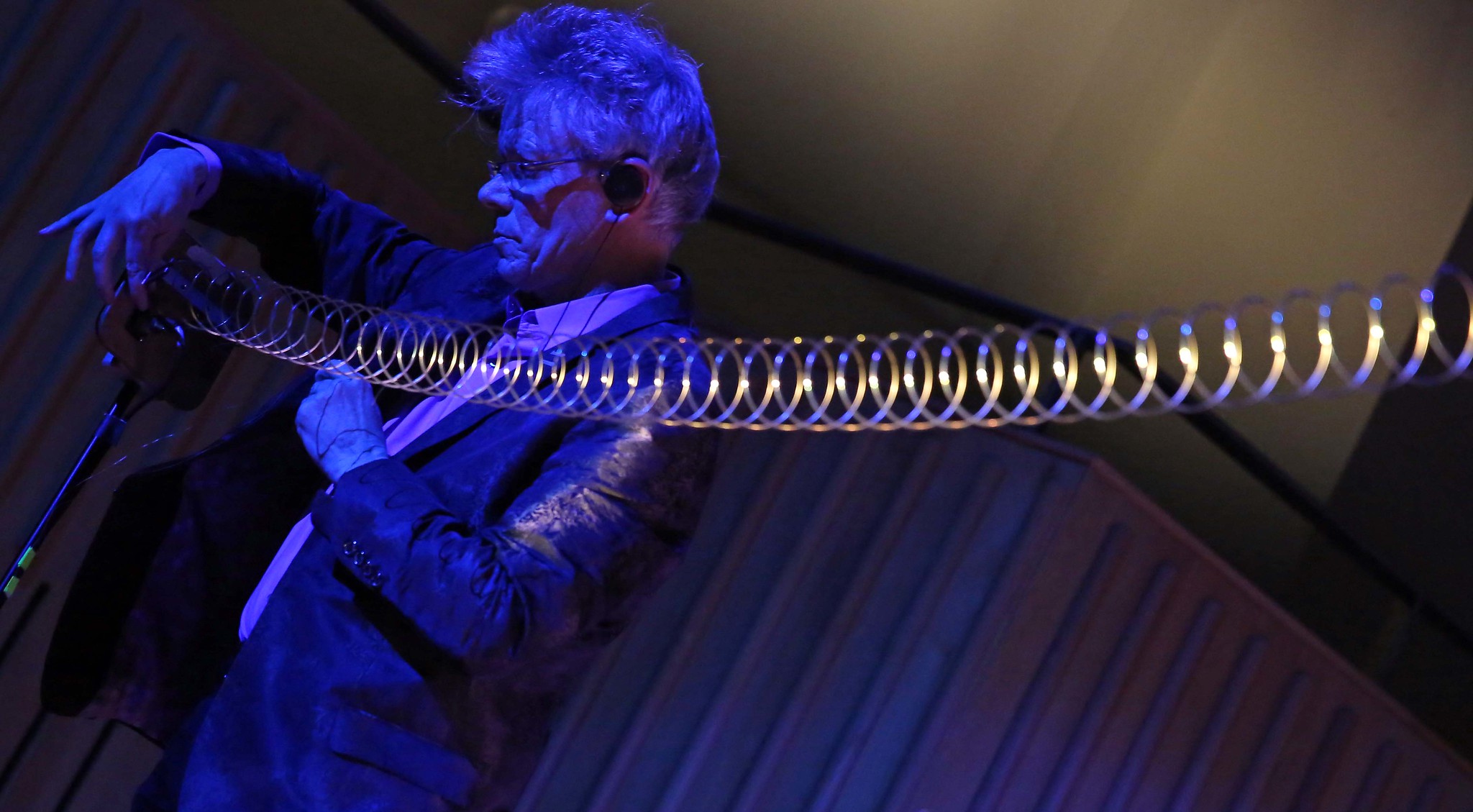